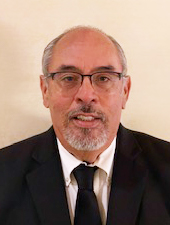 Edward attended Big Spring High School in 1975 and graduated from Howard College with an Associate degree in Applied Science – Automotive. In 1977, he was sworn into the U.S. Marine Corps and served until 1981. His MOS (Military Occupational Specialty) was a hydraulic/pneumatic mechanic on the F4J Phantom with the VMFA 235 Death Angels, stationed at Kaneohe, Hawaii. Edward deployed with 12 Phantom Jets to the Philippines, South Korea, Guam, Wake, Midway, Japan, Las Vegas, and Yuma, Arizona.

He and his high school sweetheart, Linda, have been married since 1981 and have three children and five grandchildren.